The city of Leh, India, is one of the coldest and most elevated inhabited regions in the world, that exhales cultural diversity through its historical roots and location between two of the highest mountain ranges on the planet – the Himalayas and the Karakoram – as well as politically delicate borders with Pakistan and China (Tibet). For the past month I had been exploring its temples and shrines; eating an impressive array of curry; indulging in colors and smells; familiarizing with the maze-like streets. But aside from short conversations with bus drivers, guest-house managers, and cafe owners, I had yet to establish a deeper bond with the people of Ladakh. The region was a vortex of cultures and I sensed it had more than pretty sights and polychromatic buildings to offer. So I set off in search of a less agitated environment, hoping to find more profound human interactions. The aim was to hike a stretch of the Markha Valley Trek – a route that would fit both my travel schedule and wish to be in contact with the Ladakhi natives. 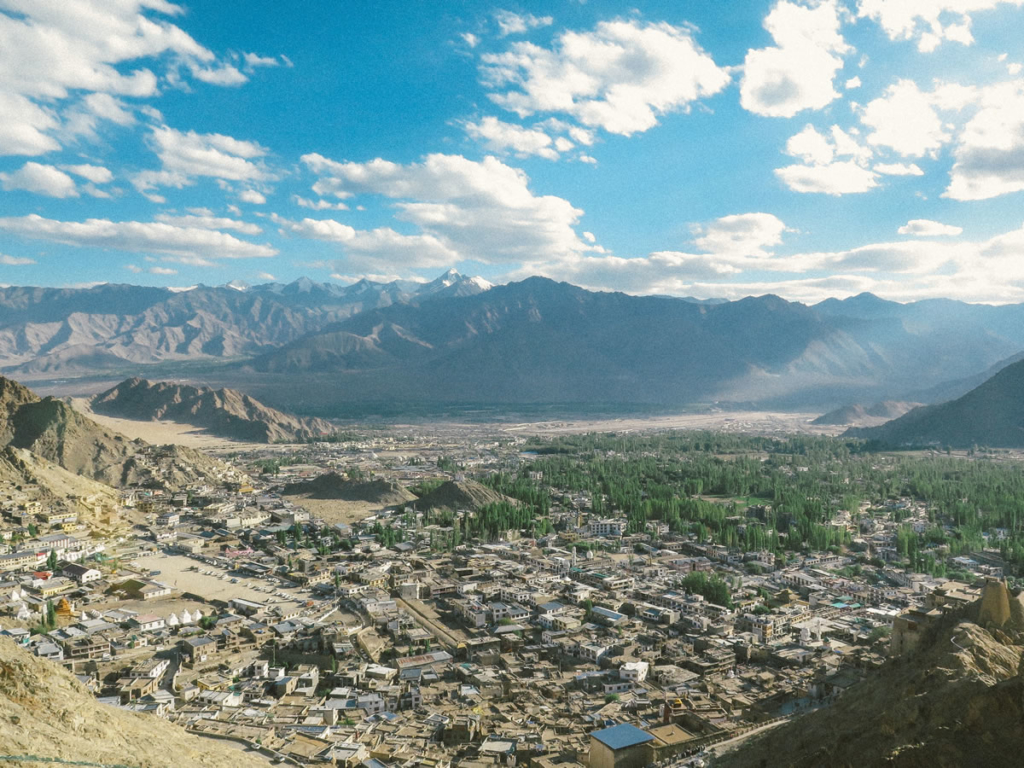 As soon as I made my way out of Leh I felt the weight of the sun looming over me. There were no more buildings to provide shade; trees appeared sporadically, ineffective at blocking the beams of light. A thick, gray river dug a massive canyon along the arid valley that surrounded the city of Leh, snaking southbound all the way up to the Stok mountain range. I noticed a change in the landscape as I moved away from civilization: the orange-yellow of the sand – an exquisite reflector of sunlight – turned into a mix of purple, yellow and green, which seemed to absorb light rather than reflect it. The riverside track took me up and down through low passes between the mountains and narrow paths on cliff-edges, until I reached the village of Rumbak several hours later. As I approached the first house of the settlement two sunburned, fluffy cheeks screamed ‘hello’ from a yellow-framed window. They leaned against the windowsill, one hand calling me over, the other holding a cookie up high; their radiant smiles covered in crumbs.

Their grandmother – a plump figure with an honest smile and distinctive northern Indian lineaments – welcomed me at the door, pointing to a sign that read ‘home-stay’ while requesting that I took my shoes off. Inside the house, a rustic wool carpet covered the living-room floor and assisted the central stove to keep the place warm and cozy. Tea and biscuits were immediately served – as foretold by the kids and envisioned by me. Neither of them spoke a word of English, and my Ladakhi vocabulary was limited to ‘how are you’, ‘thank you’, and ‘water’. But among nods, smiles, and gestures we agreed on a price for my stay. After about a liter of tea and a kilo of cookies, I clasped my hands and placed them next to my ear, tilting my head sideways as if saying “I would like to sleep”. She ordered the kids to show me to my room and they did so by grabbing my hands and dragging me upstairs while chatting with each other excitedly, their mouths still full of cookies. I indulged in a power nap.

My dreams were interrupted by soft knocks on the door. On the other side, the kids mimicked some sort of invitation, possibly to go for a stroll, their faces still dusty with crumbs. We perambulated around the nine-family-village, erected in traditional Ladakhi-Buddhist style: clay walls, square-shaped, pale-colored, and flag-laden. Animals lived underneath, in the “garage”, and shoes stayed outside. Goat skulls were set on top of gates and fences throughout the village and I struggled to identify if they meant to frighten or decorate. A powerful, vibrant energy enveloped that tiny highland oasis; colorful flowers flourished, and tall, green grass danced gently in the breeze. There was a huge contrast with the world on the other side of the mountain range, where the air was characterized by dust and dryness, and patches of grass were scarce due to the congregation of houses that made up the city of Leh. The mountains also seemed to speak a different, more inviting language, as if the valleys verdancy and fresh breeze allured you to “blow all worries away”. 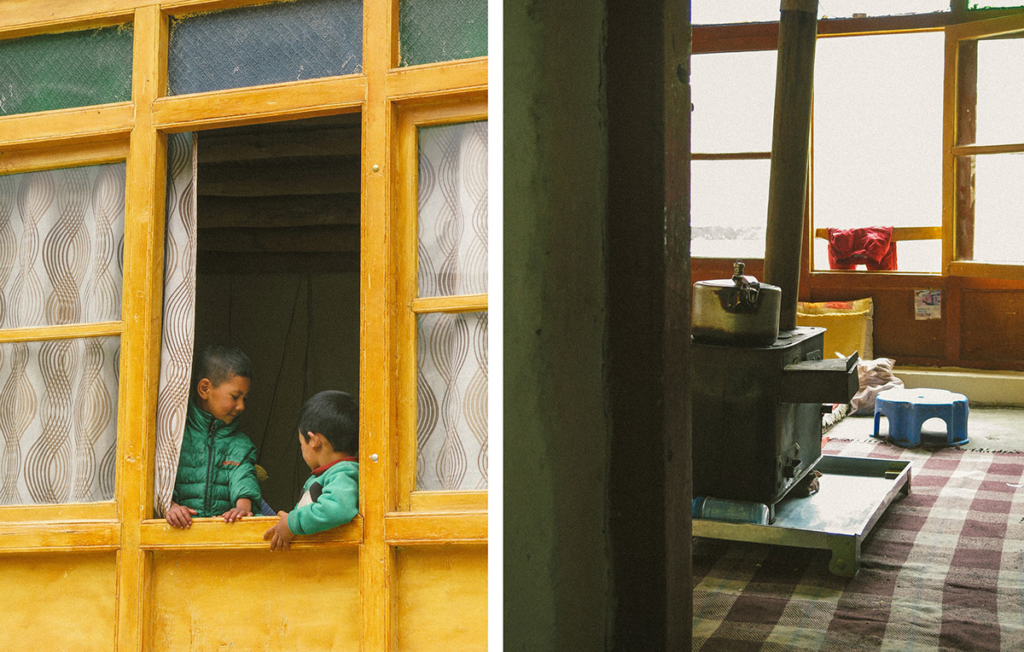 As the sun began to set, I retreated home in the hope of another liter of tea. Instead, I found the grandmother cross-legged on a large blanket laid by the porch, sifting wheat. I sat next to her and observed the agility with which she handled the sieve. Unsatisfied with my inertia, she mumbled and handed me the bag of wheat, as if telling me to stop staring and do something. At first I was in charge of organizing the bags and pilling a mountain of raw wheat next to her, but eventually I was promoted to sifting, to much her arms’ joy. It was a tough job – definitely more difficult than buying a bag of flour from the shop – that required not only strong arms but also fixed attention to the grains so not to overlook any rock sediments. Once we had separated all wheat, she went on to milk the cows, then prepare dinner. I was astounded with the old lady’s stamina; my legs were already tired after a quick stroll and I couldn’t stop thinking about a hot cup of tea. No doubt they lived a hassle-free, simple life – but even the simplest of lives required some degree of discipline and work. Yet, to see the kids helping their grandmother with the buckets of milk while eating raw wheat was a reassurance that such hard work was worth it. I remained outside for some time, watching as the sky filled with stars and reflecting on the day’s interactions. That night I delighted myself in home-made Skyu (Ladakhi gnocchi), and fell asleep to the humming of Buddhist chants.

In the morning, I was again awoken by a soft knock on my door. The faces that on the previous day had been covered in cookie crumbs were now smeared in chocolate. Without a word, they stretched their hands and guided me down to the living-room. My mini-entourage and I sat down for breakfast, while their grandmother sewed one of their socks. Suddenly I noticed that there was no apparent rush in anything they did, but rather a sensible acceptance that time simply goes by. The youngsters’ eyes were constantly gleaming under the effect of curiosity and I felt a bit of that inquisitiveness being transferred to my own molecules. I mused how it would be to grow up like that, so freely-trapped in a valley ten hours walk away from any bakery, school or hospital; distant from the latest developments in technology, or the newest fashion trends, yet ever so present in the moment. Their slow-pace lifestyle and simplicity made me ponder how well I had been prioritizing my own needs; their honest smiles and elementary sense of wonder prompted me to appreciate the mundane. A bond with the Ladakhi people emerged the moment I began putting myself in their shoes – something I realized I could have done even among the city chaos. Shortly after breakfast, I waved goodbye to that mountain haven, the two kids screaming ‘bye-bye’ from the same yellow-framed window they had said hello, their faces finally clean. I carried on with the hike, determined to reach the next village by sundown, hopefully in time for tea and cookies. 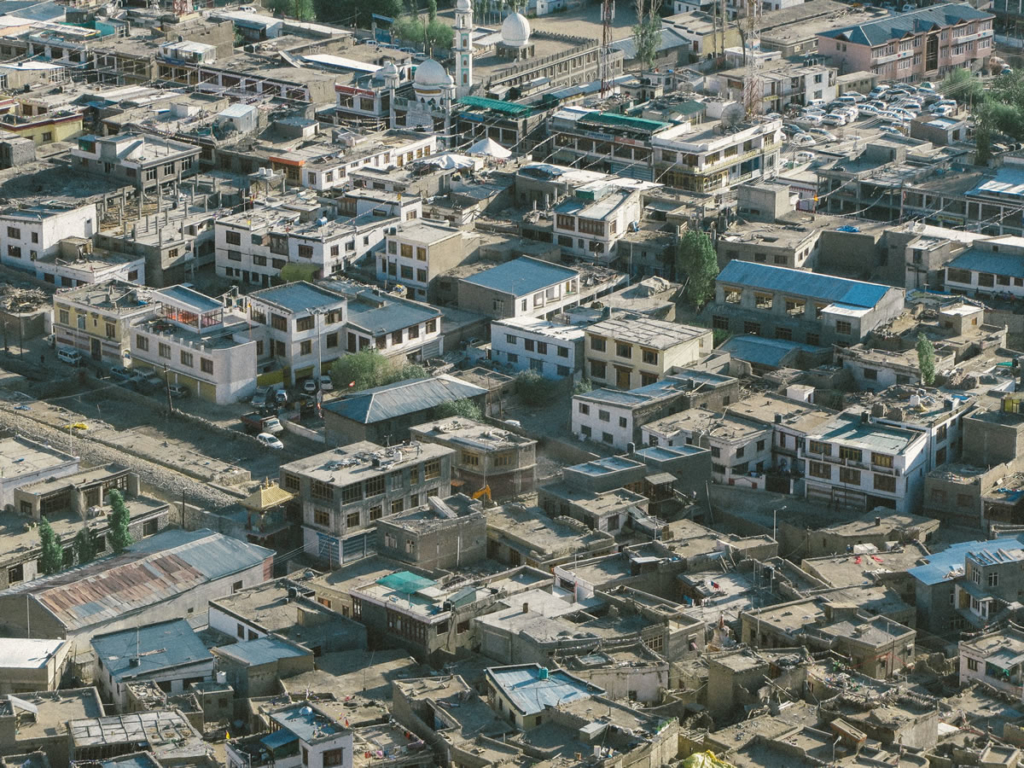 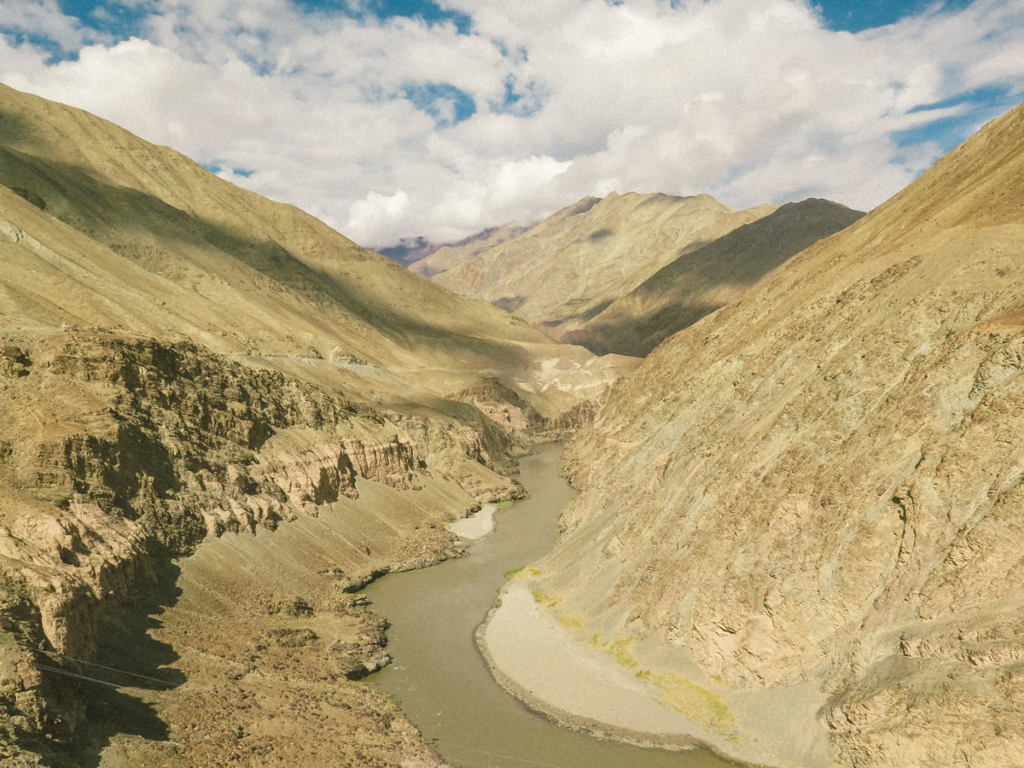 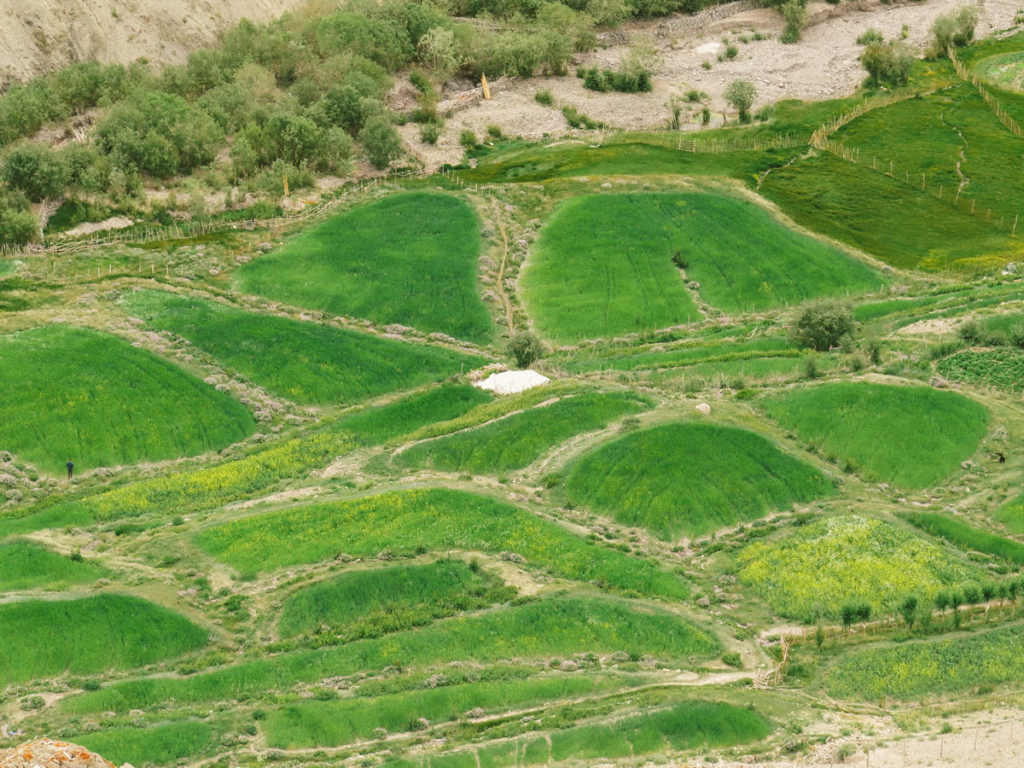 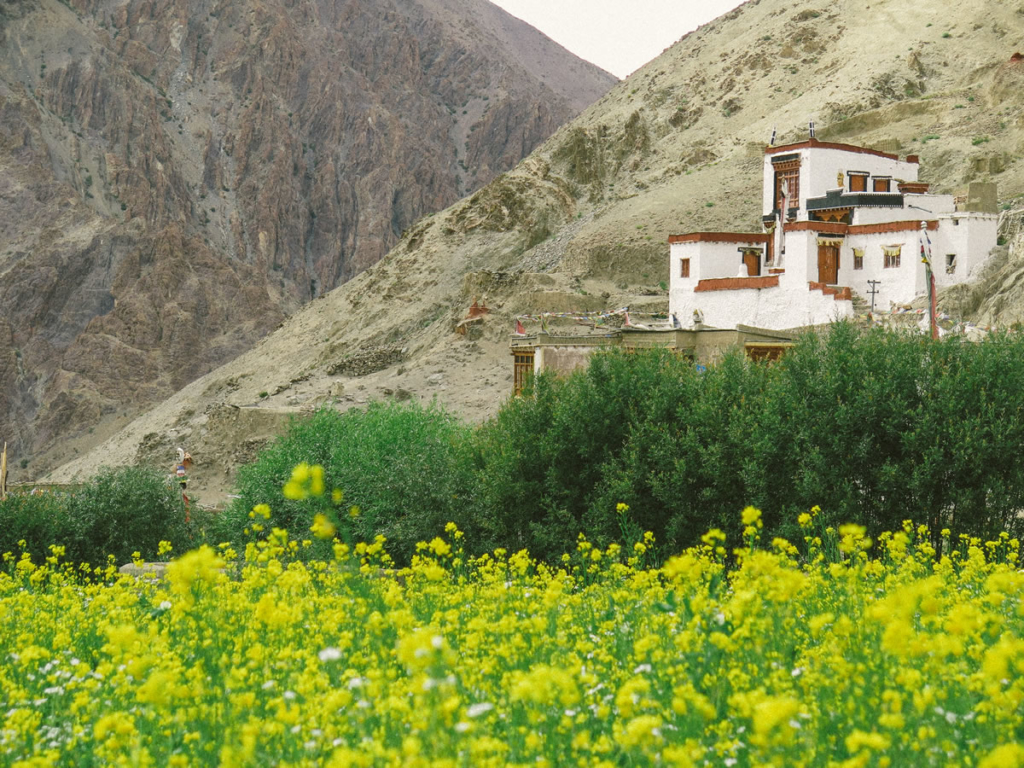 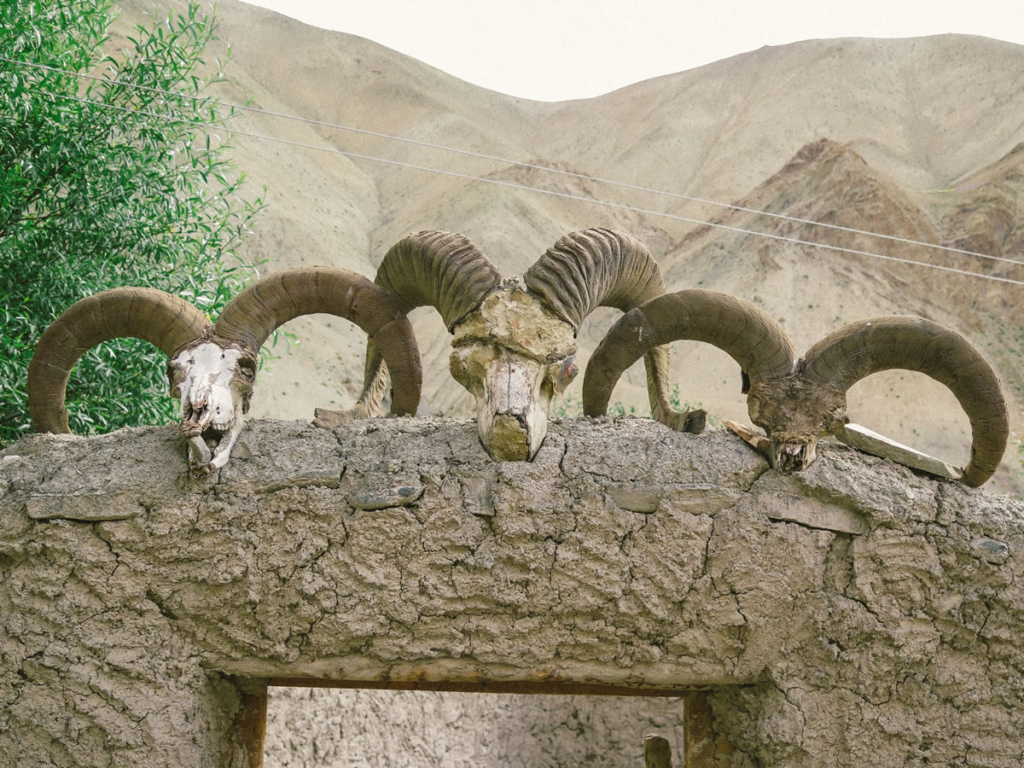 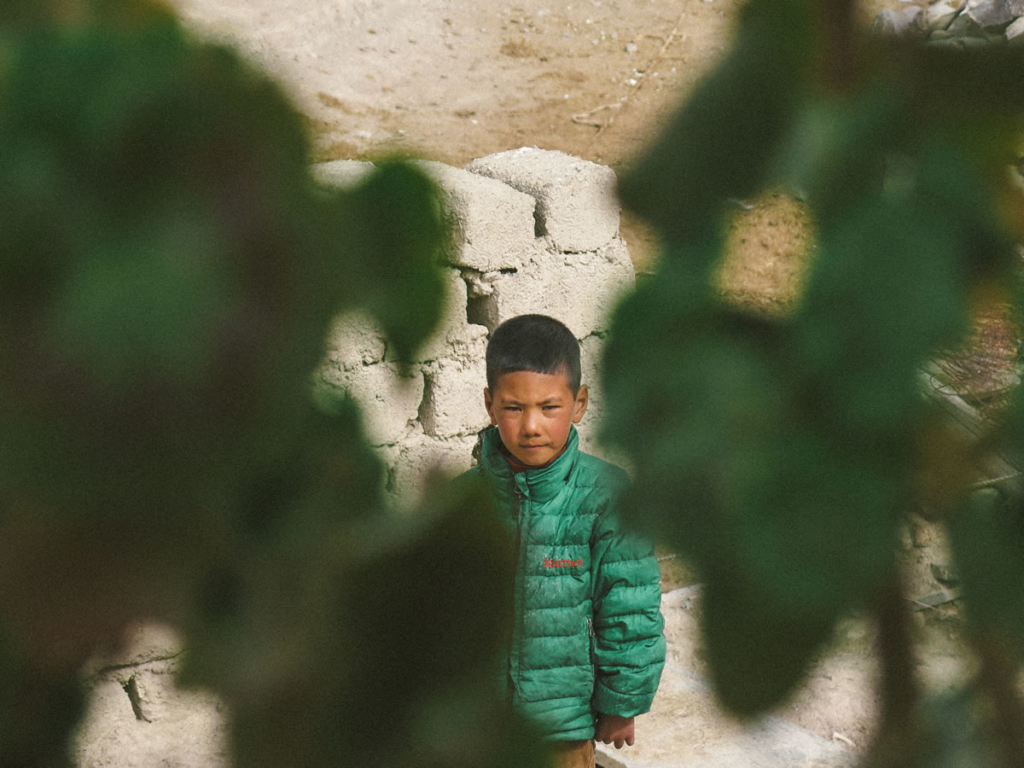 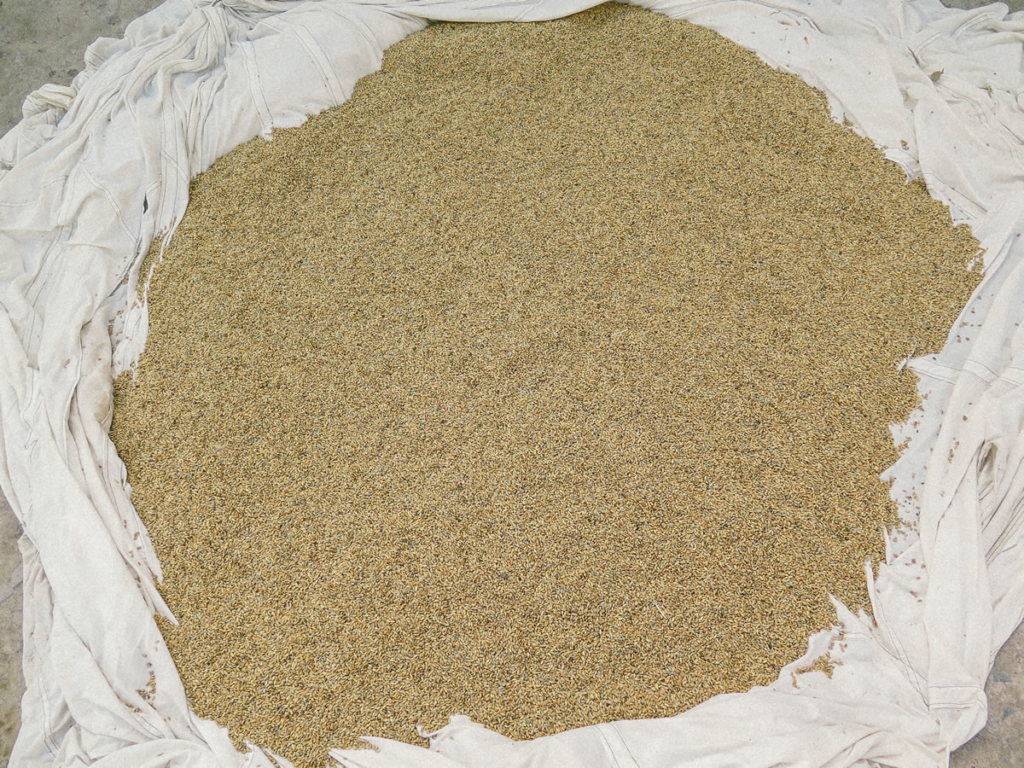 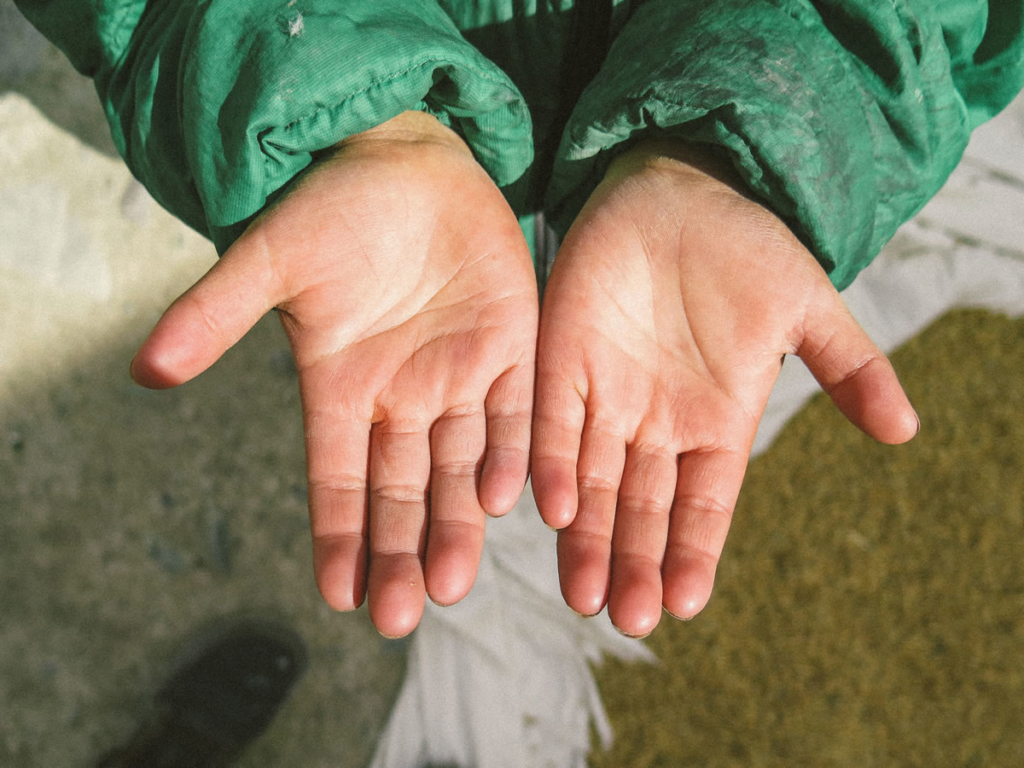 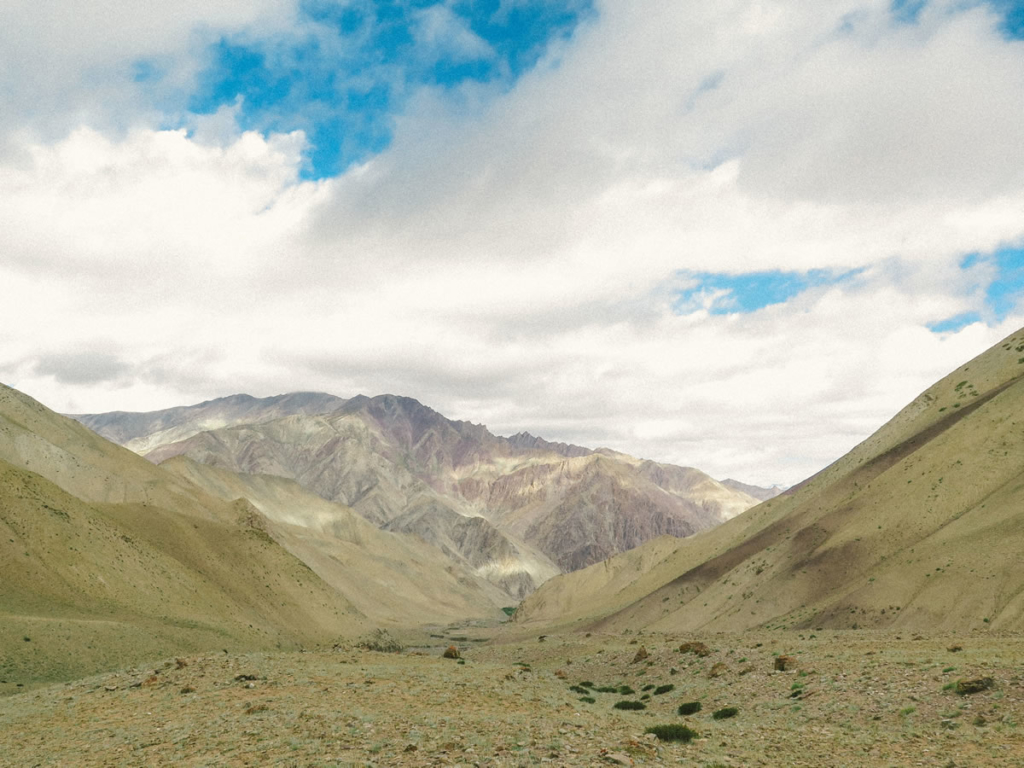 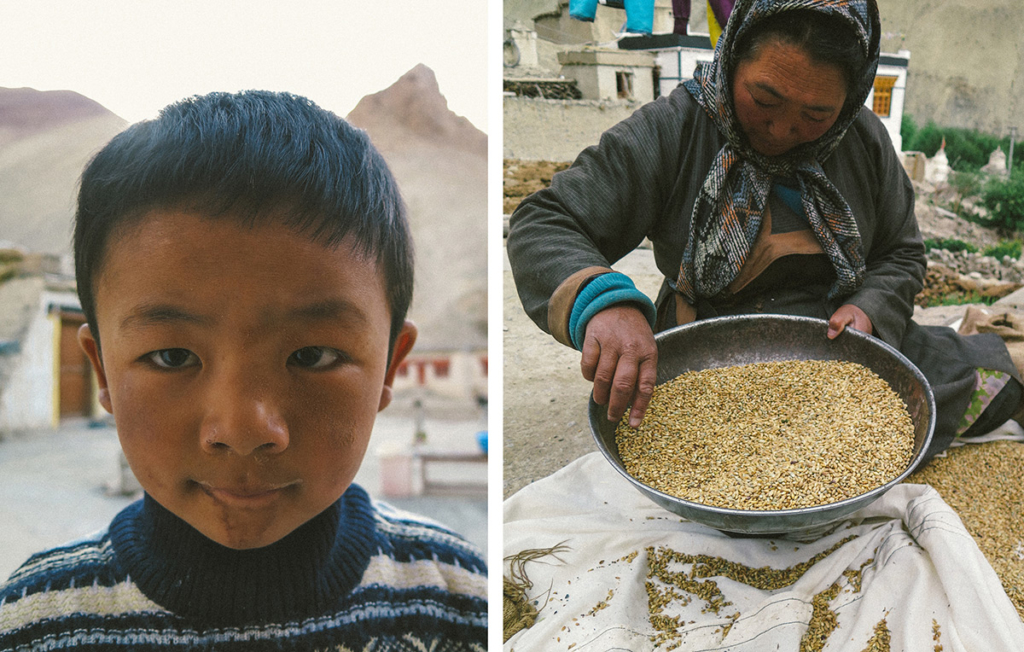 Kim is a travel & surf writer who has spent the past nine years living off his backpack and exploring the interrelations between places & people from all corners of the globe, so to unveil meaningful connections within nature. He writes surf-related articles, travel memoirs, and researched essays that conjoin personal experiences with sociocultural and environmental peculiarities from the places he visited. He’s the editor of The History of Something, a regular contributor to Surf Simply Magazine, and an advocate of minimalist photography.