In November of 2016, when I quit my job and left abruptly for a hiking and backpacking trip in Nepal, I was completely convinced the next two months for me would be packed full of adventures in the Himalayan mountains—freezing my ass off in the high altitude and snow, shooting beautiful photos of some of the highest mountains in the world. However, this is an article about a trip around Central America, and not Nepal—clearly, something ridiculous must have occured to warrant such a drastic switch. 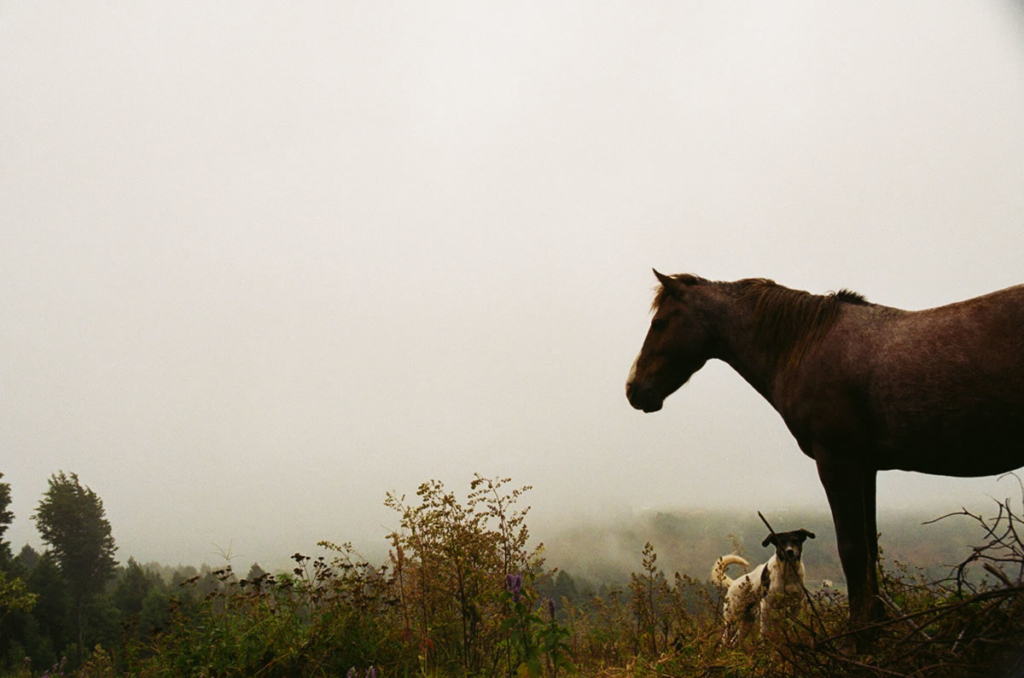 Long story short, my initial flights to Kathmandu were cancelled a week before I left, and the company I booked with promptly gave me new replacement flights in courtesy. What they did not mention was that these new flights, including two domestic layovers in China, required the bearer to have a visa for travel in China in order to complete the journey. I did not have this, and in the excitement of leaving so soon, I did not properly inquire into my new flights to prepare. I arrived in Beijing, was turned away at the passport control, and was deported back home on the next flight to Vancouver.

Pays to do your research, I guess.

I was left lost—my money for my flight was, after much argument, not refunded and I was back home. I had all this ambition and lust for adventure, and it had been shot down almost in an instant and plugged into a bottle. What do you do when you find yourself in this position? Suck it up, get a job again and just go on like it didn’t happen?

I remember watching the news—this all had actually occurred simultaneously on the evening of the 2016 American election, and there were all sorts of buzz about the results. I vividly remember stepping off the plane in Vancouver and walking into the waiting terminal of the airport, and seeing Donald Trump’s face plastered on every television, accompanied with every news anchor that could be summoned to give commentary. I remember seeing an economist’s panel, discussing the potential economic consequences, and one of them was about the immense drop the Mexican peso had received due to Trump’s election. Compared to the USD, it had dropped almost ten cents practically overnight—a massive drop—and I remember thinking, “Now would be a good time for Americans to travel to Mexico, what a bargain!”

A few seconds later, another thought clicked. Didn’t I still have a bunch of leftover money saved which I was supposed to be spending in Nepal?

A week later, I was on a flight to Mexico City, with almost no plan and idea what the hell I was doing. But I was back in the saddle!

The following month-and-a-half was almost completely governed in spontaneity, as most of my travels are, but this one in particular had a bit of a zest to it. If you had told me a month prior that I’d be drinking a watered down Corona in a village in Mexico rather than hiking the Annapurna Circuit, I’d assume you were insane. I floated southeast through Mexico and Guatemala, sometimes visiting towns I had never heard of just because I had met people that said they were neat. Despite the initial setback, I ended up having an incredible journey—sometimes you just have to say “To hell with it, I’ll do this instead!” in order to save yourself. 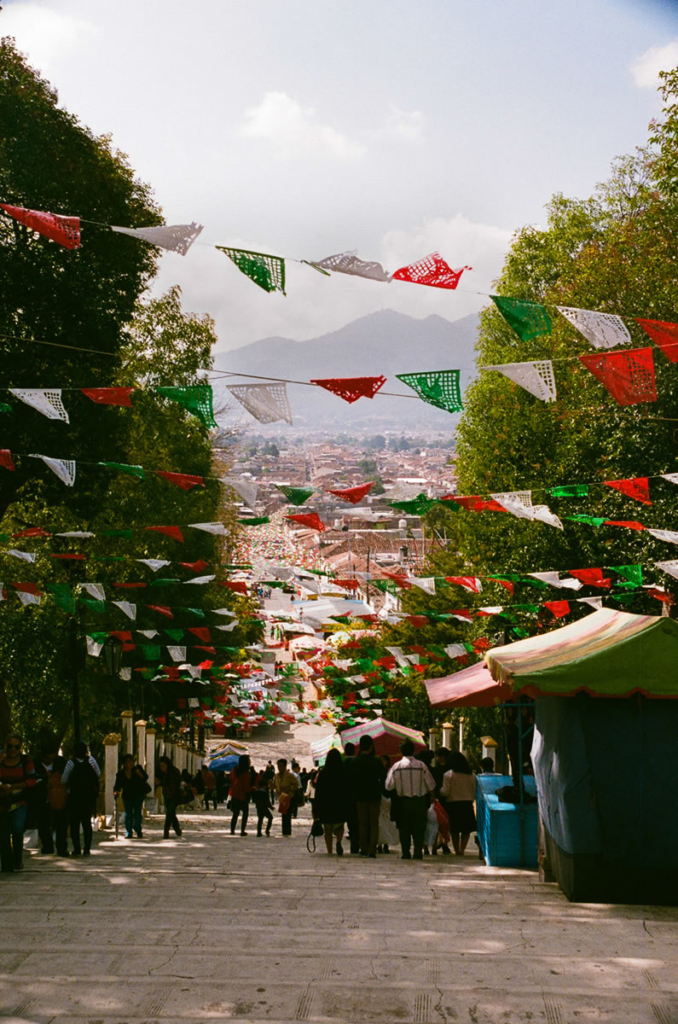 Midway through Guatemala, I had heard there was an opportunity to climb Vulcan Tajumulco, an ancient dormant volcano and the highest mountain peak in the country. I was still itching to do some hiking as a replacement for Nepal, and figured I would challenge myself to complete it. It was on this hike that I had met one of my favourite people I have ever met whilst abroad.

People who have gone traveling like this know: every city you go, every dirty hostel you stay in, there’re always colourful characters from all over the place ready to teach you something. Sometimes, it’s a smelly dude with dreadlocks. Sometimes, it’s someone from such a remote part of the world that you realize how much contrast lies between both your lives. Other times, it’s an American woman celebrating her 40th birthday.

It was an interesting coincidence, really—she and her boyfriend were also planning to go to Nepal the same time I had intended to. Due to some complicated issues in the UK (where her boyfriend was from), she was deported back to the USA and their plans fell apart. Similar to me, they said “screw it” and came to Guatemala. We joked about how, in another world, we both would have met in Nepal and had the same conversations we had during those days on the hike.

We were in a group of maybe ten or eleven people, hiking with a guide, to the peak of the mountain. It was a two day ordeal—one day up, camp overnight, one day down. Most of the other young people were at the front of our group making quick pace as young people seem to do, but I stayed about twenty or thirty meters behind at the back of the group with everyone else, moving at a speed that was more conservative. The woman and her boyfriend were with me, as her boyfriend had begun to develop a bit of an unfortunate altitude sickness as we carried on higher. He started to doubt he would complete the journey, but he was pushed onwards by his girlfriend—who, interestingly, seemed to have a very unique drive and ambition to complete this hike. She was incredibly motivated and very excited to be spending her time here, which I thought was admirable, and she was also very supportive to the rest of us who moved slowly and steadily at the back of the group. 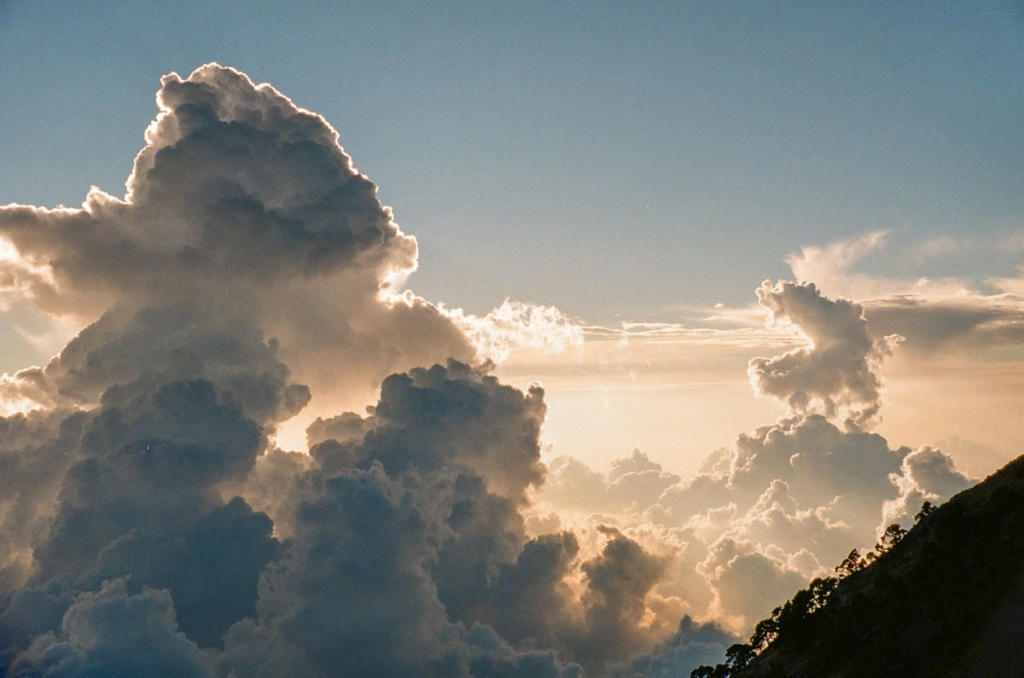 Fast forward a few hours, and we were sitting at the peak of the mountain, watching the sun set behind the clouds. It was unworldly—rays of sunshine peaked out from goliath cracks in the mist, radiating hues of yellow and red which would slowly shift to blue and finally black as the sun fell behind the horizon. It was enchanting, a “once in a lifetime” sort of thing, and we all felt quite lucky to be sharing the moment together. Through some manner of conversation, the woman had revealed how tomorrow morning was her birthday. The usual ensued—cheers, congratulations, et cetera. However, she then explained why it was a special birthday for her.

She told me about how this particular birthday, in this particular place, was important. She was 39, soon 40, and knew that turning over to a new decade was a huge deal for a lot of people. She knew that she was getting older, and that (on average) half of her life had gone by starting tomorrow morning. But this was not something that bothered her; rather, it was something she cherished.

She explained: if she could climb the mountain at 39 and climb down at 40, then it was a sign. It was a reminder that no matter how old she was, if she kept her ambition and her spirit she would be able to have adventures like these as long as she wanted to. Getting old doesn’t mean you stop. For her, it was just another milestone that would motivate her to do more. It was a motivation that fueled her up the mountain—a motivation that spread to all of us, who were glad to share this moment with her and validate her strength. But we did not have to—she was strong regardless of whether or not we recognized it.

One of my favorite photos I’d taken (the image at the beginning of the article), is the woman and her boyfriend enjoying the view after she had conquered the mountain. I’m very glad to have met her that day—her ambition was inspiring and something which I strive to develop as well. If I could have the same strength when I turn 40, I would be blessed. I carry this memory with me always and draw upon it when I need strength of my own. 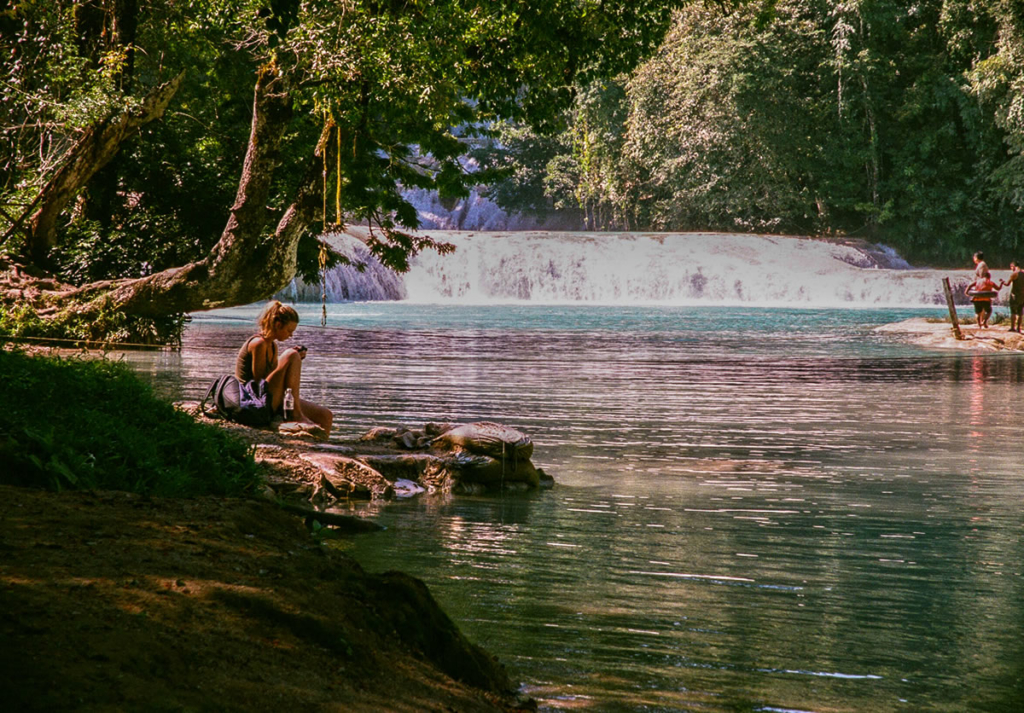 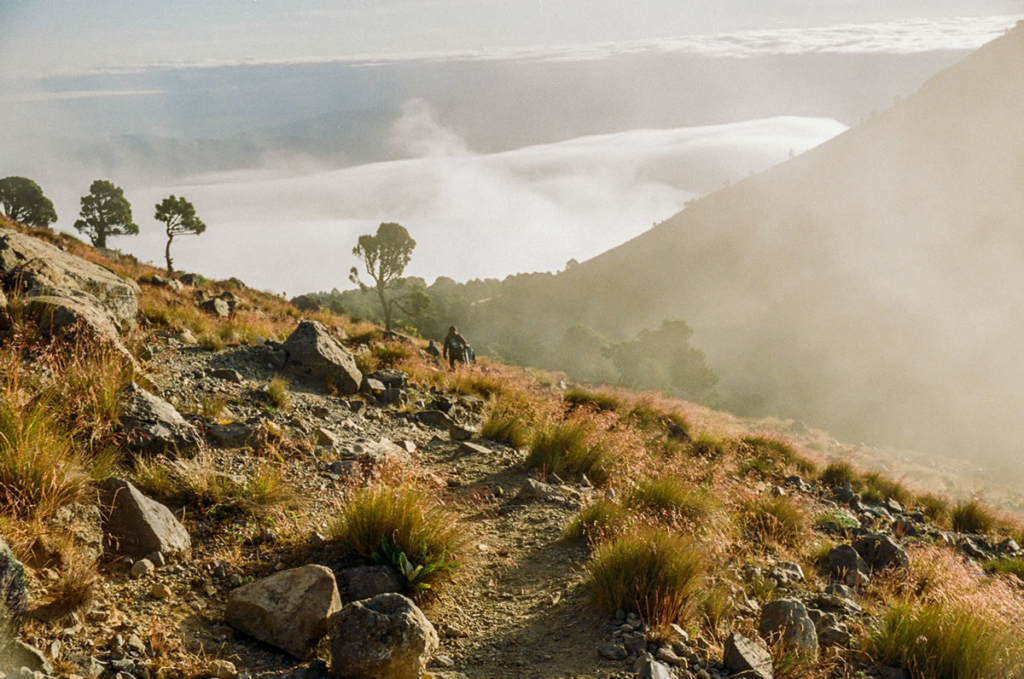 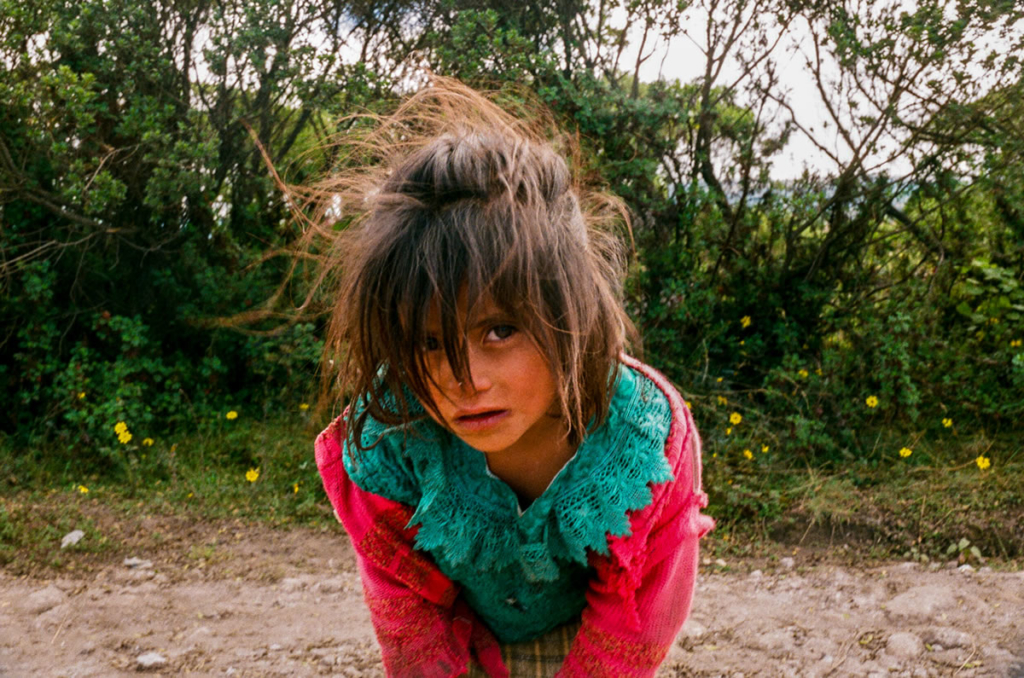 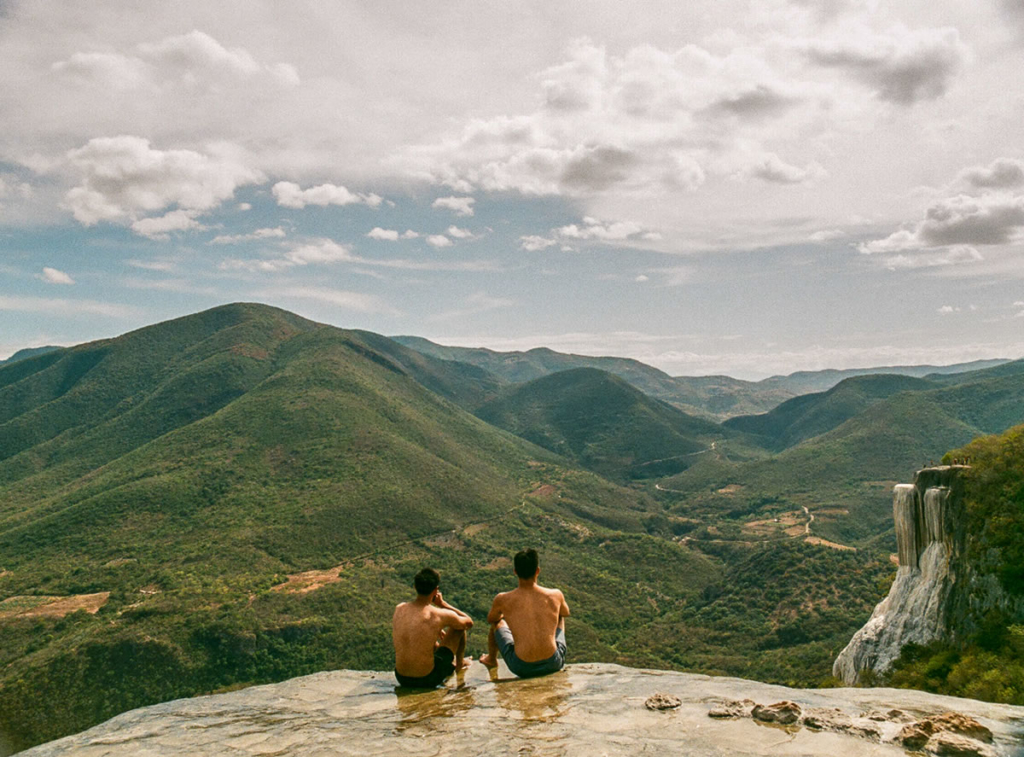 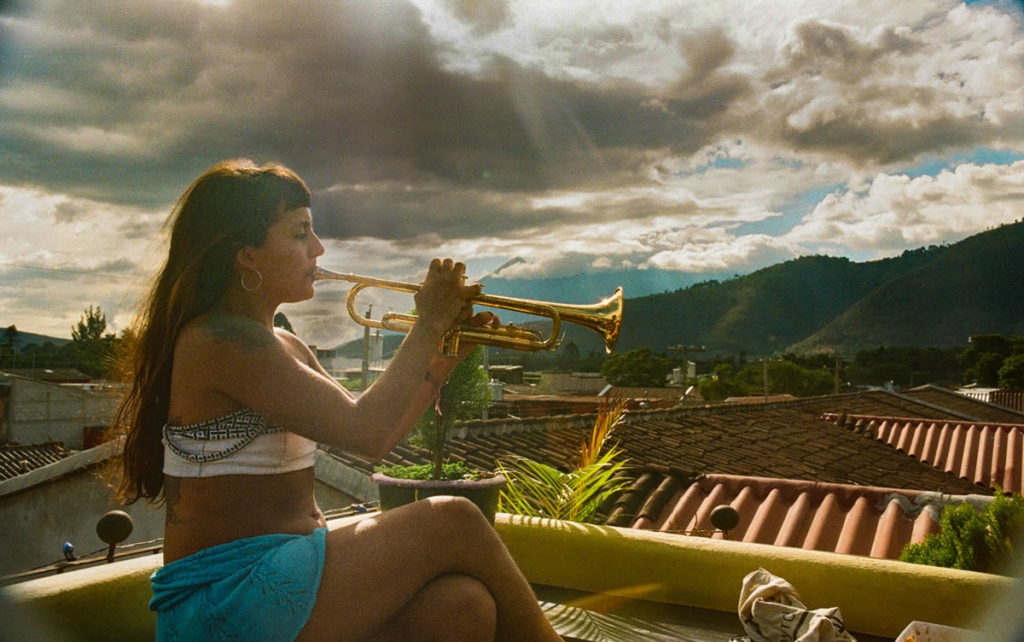 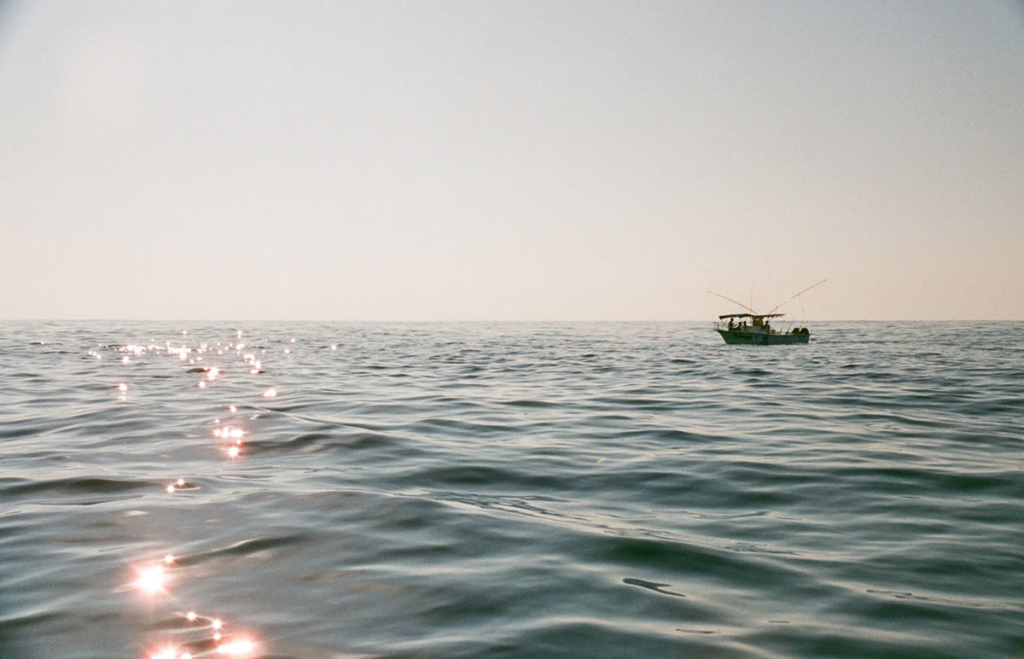 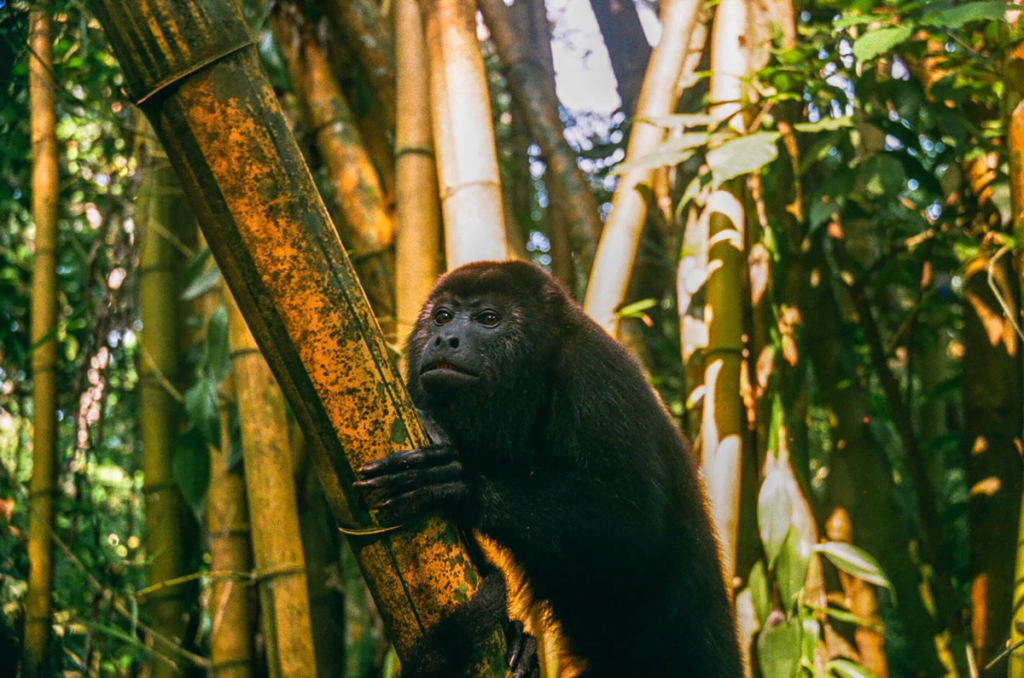 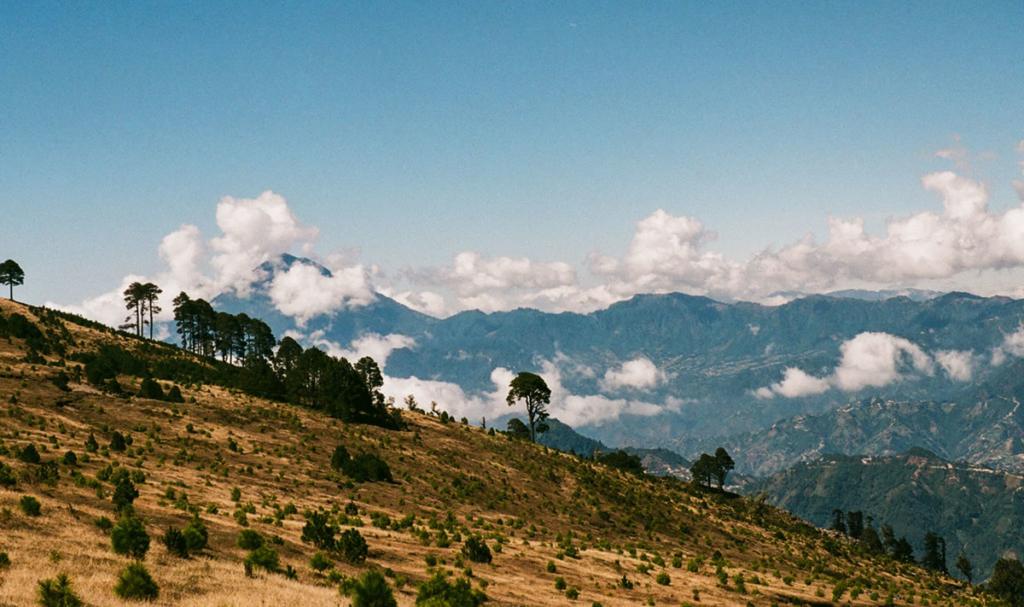 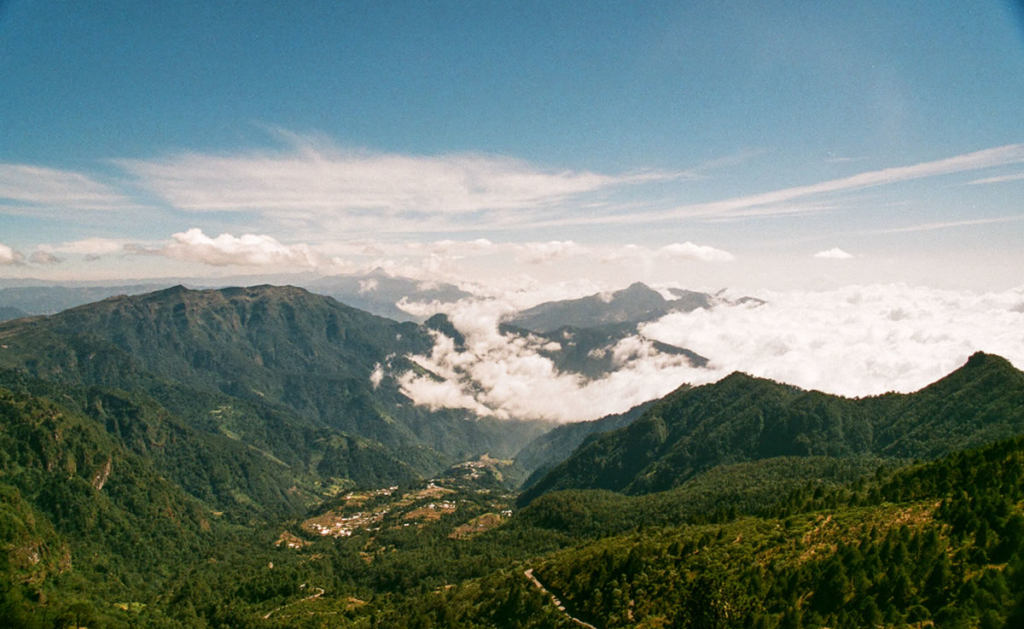 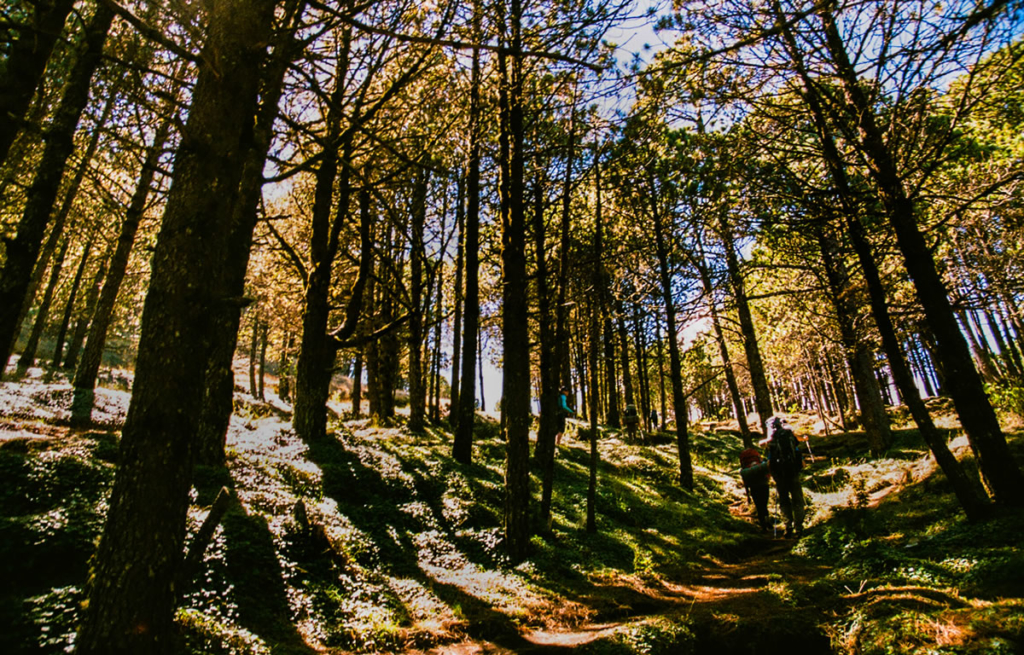 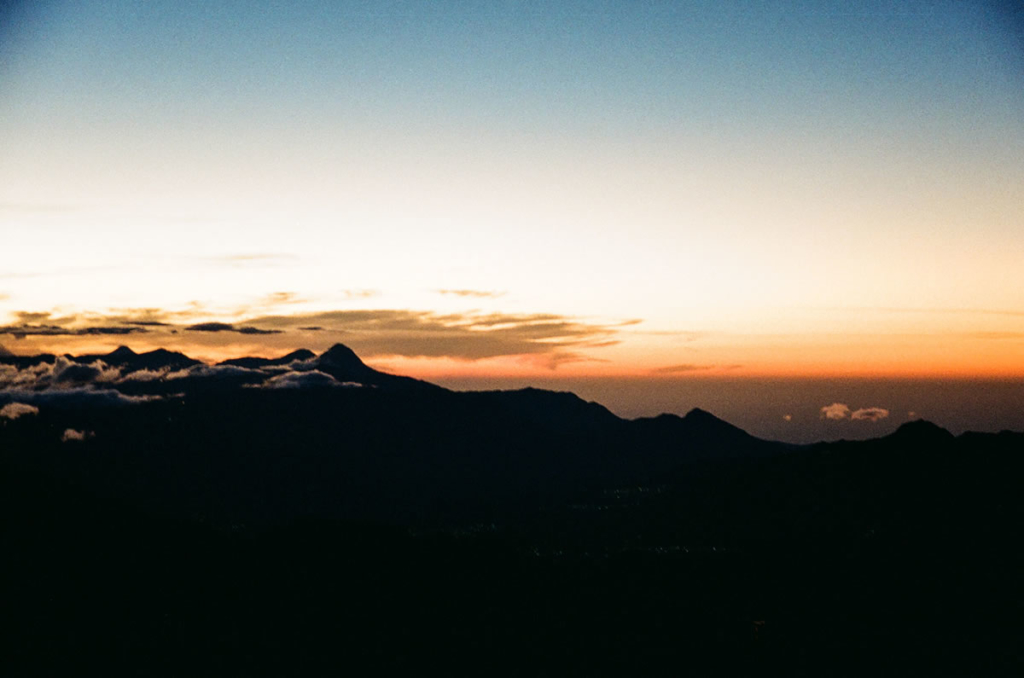 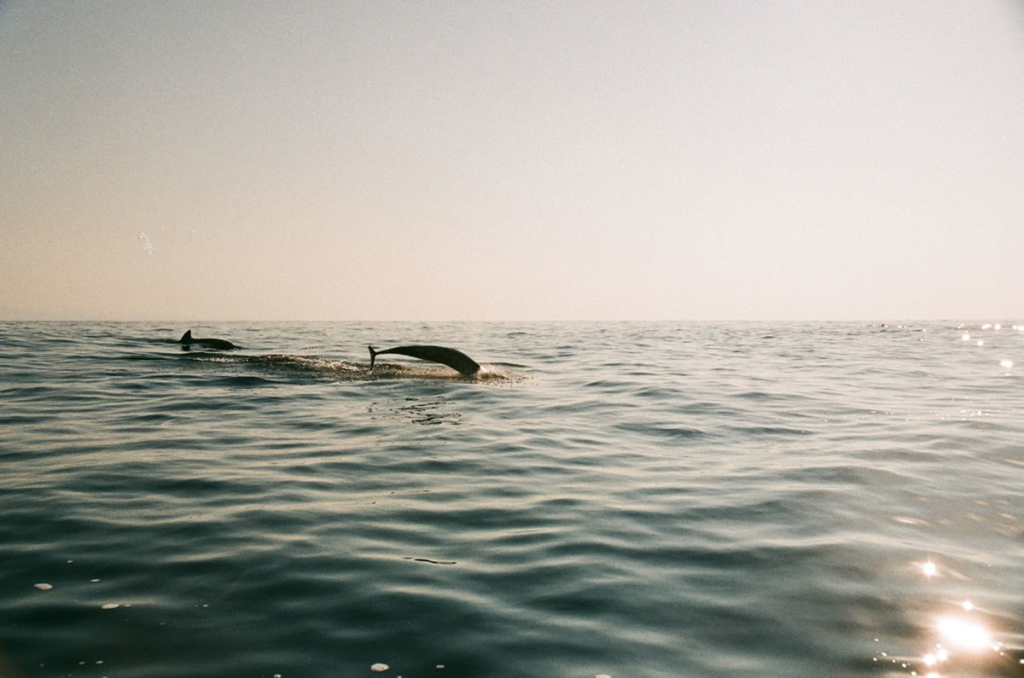 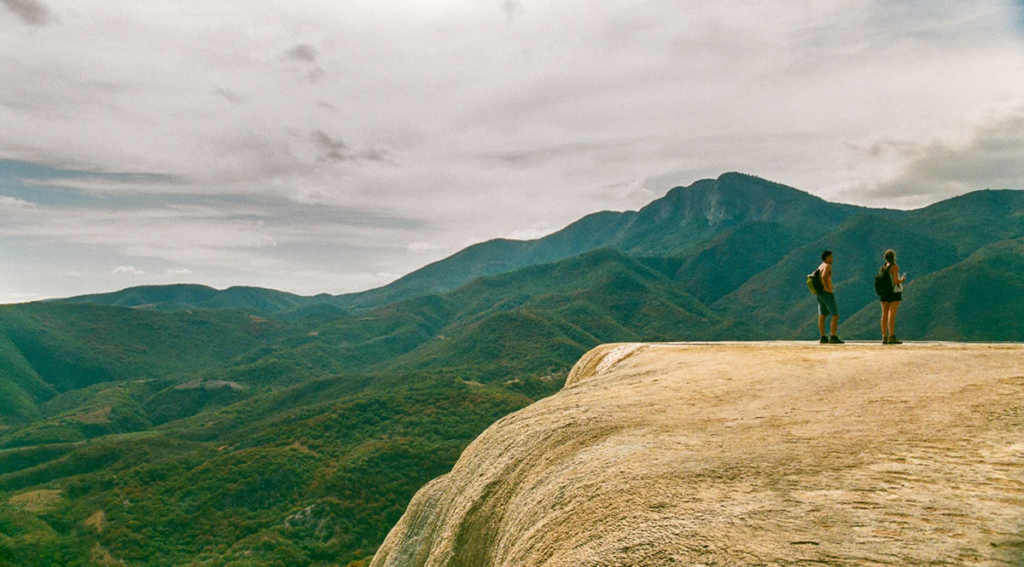 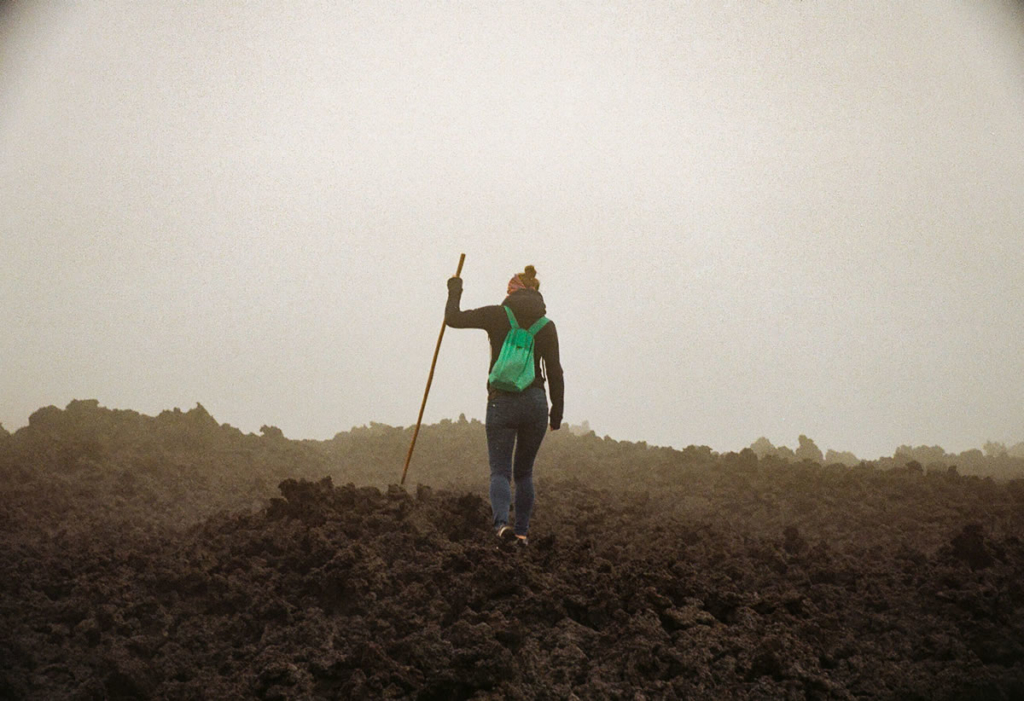 Cory Whitfield is a Canadian hobbyist photographer and traveler. He’s not entirely sure what he’s doing, but he’s enjoying it and seeing where it takes him. All his photos are shot analog on 35mm film.
Cory Whitfield 是一位來自加拿大的業余攝影師、旅行者。他並不確信定自己所做之事，但卻沈浸其中，欣於所遇。Cory 的所有照片用 35mm 膠片拍攝。
corywhitfield.ca
Instagram: @fred.johns.frost