There is a certain human propensity, particularly­­­­ prevalent among the male populace, for the careful curation of a personal and precious collection of adventure stories.

These stories (much like a healthy accumulation of scars) we believe, serve a range of important functions. They impress women. That much is absolutely certain. They also help us bond with our male friends, and, we know, they leave all who hear them in outright awe of our worldly guile and general grit.

Keepers of these compendiums are forever in want of new additions, and one coveted episode might certainly involve a brush with the bad side of the Mexican law.

So, I suppose I might have been pleased by what was about to happen, and I might well have been. I might have soaked it up, bathed in it, had I not been so very scared.

I was doing about 100 kilometers an hour, which is the speed limit on Highway 307, the long, dry stretch of road that runs between the towns of Felipe Carrillo Puerto and Pedro Antonio Santos on Mexico’s Yucatan Peninsula. My girlfriend was snoozing beside me, her legs up on the dash. It was hot, in the mid-to-high 30s. The windows were down, and a fervent Ranchera ballad was cranked on the rental’s stereo.

There are a lot of big signs along this stretch of road. A lot of rules to obey. “No Manaje Cansado”, reads one. Don’t drive tired. “Reductor de Elicidad”, requests another. Slow down. “No Rebasar Con Raya”. Don’t cross the line.

A lot of them simply say “Obedezca las Señales”. Obey the signs. Don’t break the rules. And I hadn’t. Not a single one of them.

So I didn’t understand, at least at first, why we were being pulled over.

And it wasn’t immediately obvious that this man was a real policeman. He looked more like someone dressed up like a policeman. The motorbike he rode was tiny, as was he, and he was wearing these huge teal-green reflective shades, which made his eyes look massive under a cheap plastic helmet. His clothes looked more like they came off the hangers at a charity shop around Halloween than anything you might wear to fight crime. He looked like a plastic praying mantis, or a toy cop you might have had as a kid. But the gun was real, and so was our growing problem.

He climbed off his bike and approached the passenger-side window, where my girlfriend was sitting, which I thought was a bit strange, before leaning right into the vehicle and insisting that we all shake hands and share our names, which was definitely very strange.

“Hola, me llama Antonio!” he said, grinning widely to reveal teeth badly browned by chewing tobacco. All except the front two, which appeared to be made of solid gold.

He turned to spit a dirty wad of wet leaf onto the hot pavement, and as he did, the well-worn hilt of his unclipped gun grazed the window lip, pushing my girlfriend’s arm back into vehicle. My heart started to climb out of my chest.

He leaned in again.

“No es tu problema,” he said to my girlfriend, grinning that disgusting grin.
“Es su problema.” he said, still smiling, but broader now, and pointing at me.
“Fair enough,” I said, behind a very thin façade of cool.
“Su licencia por favor,” he said.
I handed it over.

He flipped it back and forth, examining each side, then put it in the palm of his hand, and tossed it up and down a couple of times, as though he were trying to gauge its weight, like he was trying to figure out how much it might be worth. And that, as it turned out, is exactly what he was trying to do.

He pulled out a little notebook, scribbled something onto it, then showed it to me.
‘$4000’ it read.
I think I knew what was happening, but couldn’t believe it was happening.
“What’s happening?” I said, to no one in particular.
“We’re being robbed by a policeman,” said my girlfriend, in that familiar tone she’s come to employ every time she has to explain to me the painfully obvious.
“Oh,” I said, looking again at the notebook.
‘$4000’.

Now, I didn’t know whether these figures represented American dollars or Mexican pesos, but I did know, that either way, there were too many zeros.

“No… no…” was all I could muster.
The gold teeth, the gun, the green shades, they were all elevating the internal panic.
I’m sure he could see that I was afraid.

“Ok, ok,” he said, laughing and nodding like this was all a friendly joke, like we were taking wagers on whether or not those front teeth of his were really made of solid gold, or whether or not I was going to make it out of this alive.

He scribbled again in his little notebook, and handed it back to me, chewing and smiling and resting his hand again on his gun.
‘$3500’ it read.

I could feel something rising up inside of me. I think it must have been my delicate, first-world sensibilities getting rattled by the notion that I was now haggling for my own property with a person whose proper place it was to protect the law.

And yeah, for sure, I didn’t want to lose the money.

“Fuck this!” I shouted, suddenly, without knowing I was going to say anything at all. “We didn’t do anything wrong. Just take us to the station.”

At this point, this strange little man, who for the entirety of this bizarre and frightening episode had not a single word of English spoken or understood, seemed to comprehend quite clearly and instantly now, that this might not be the easy little shakedown he had in mind.

And just like that, he tossed my license back into the car, and hopped back on his little machine, and sped away, green glasses, gun, golden grin and all.

And soon, I drove away too, shaken but intact, and with a new story for my own personal, precious compendium. 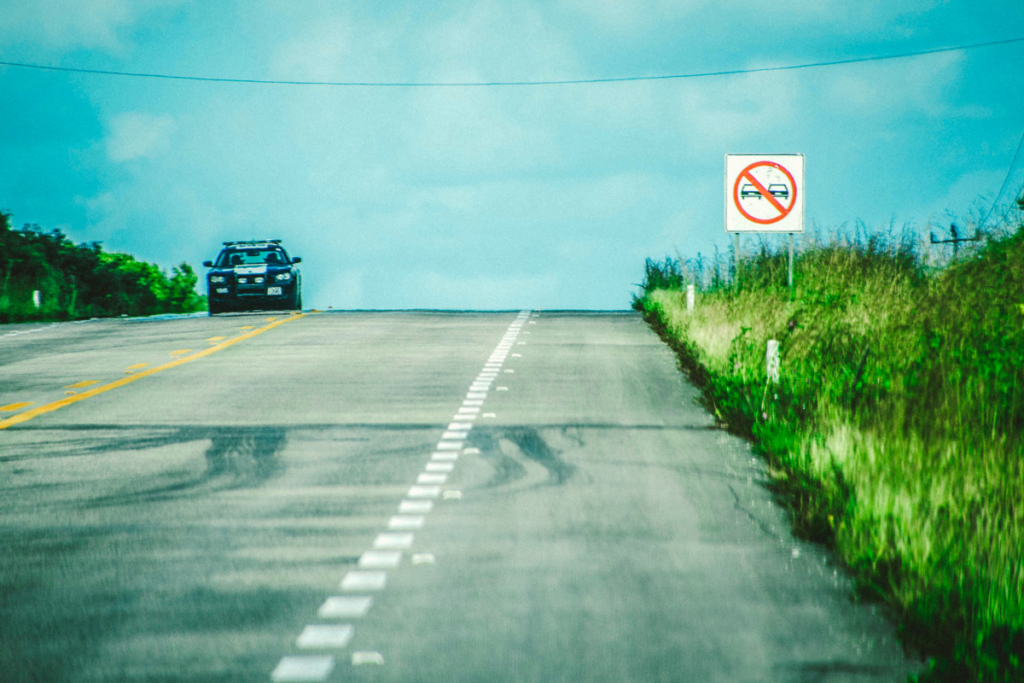 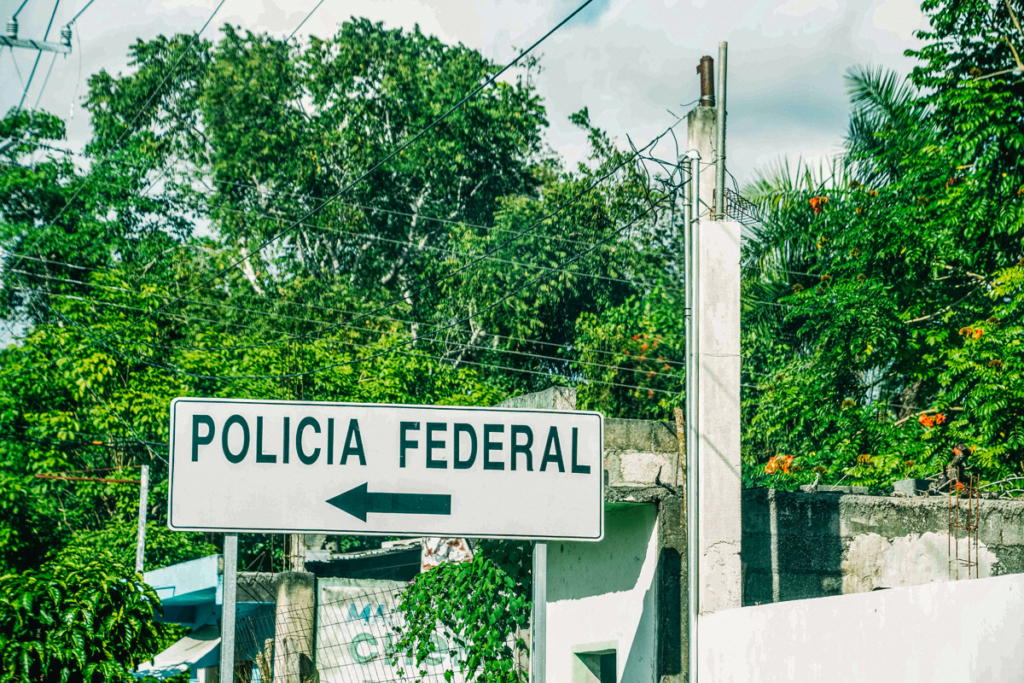 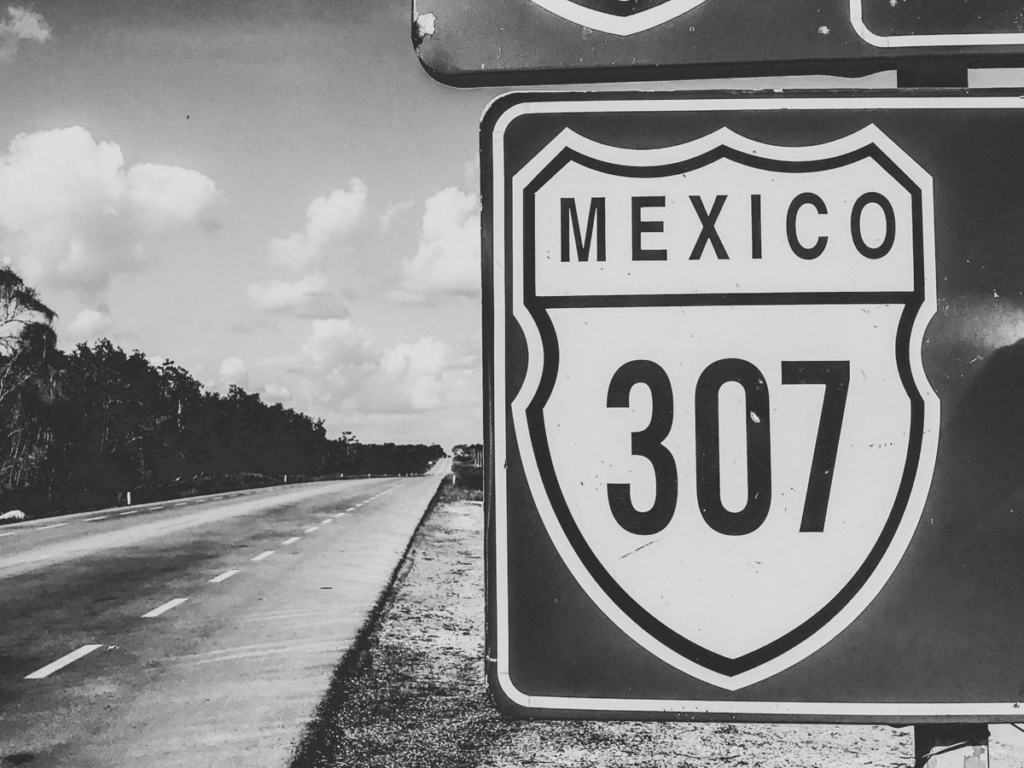 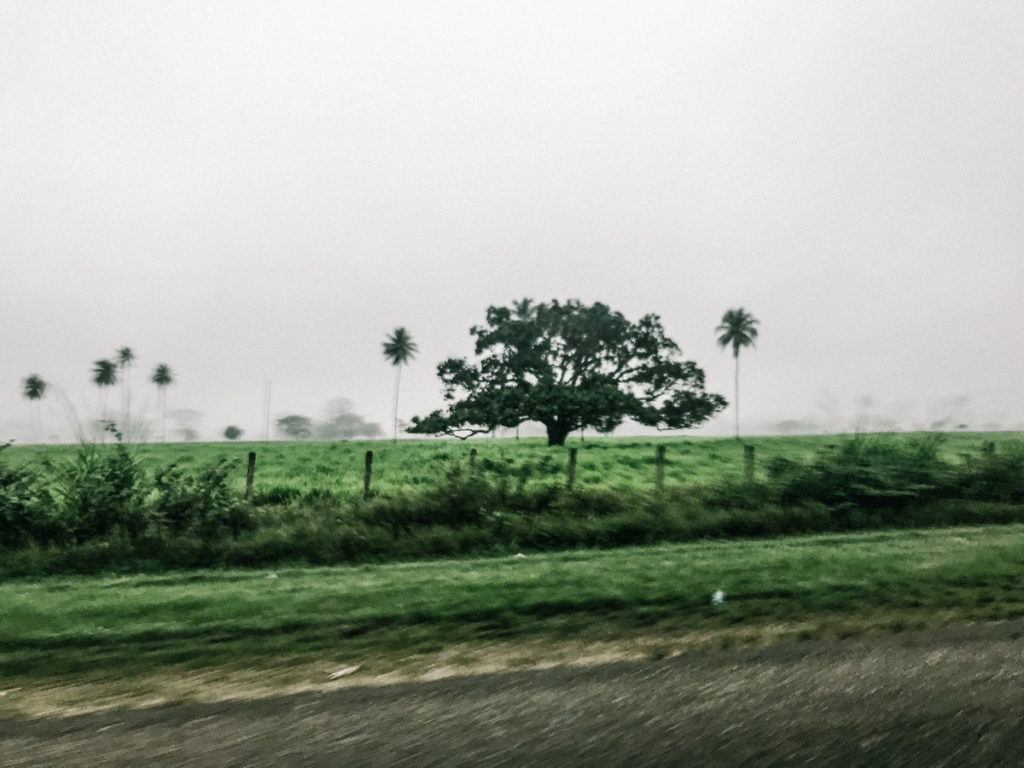 Matt Whelan is a freelance writer and photographer. To see more of his work, visit: www.mattwhelan.ca 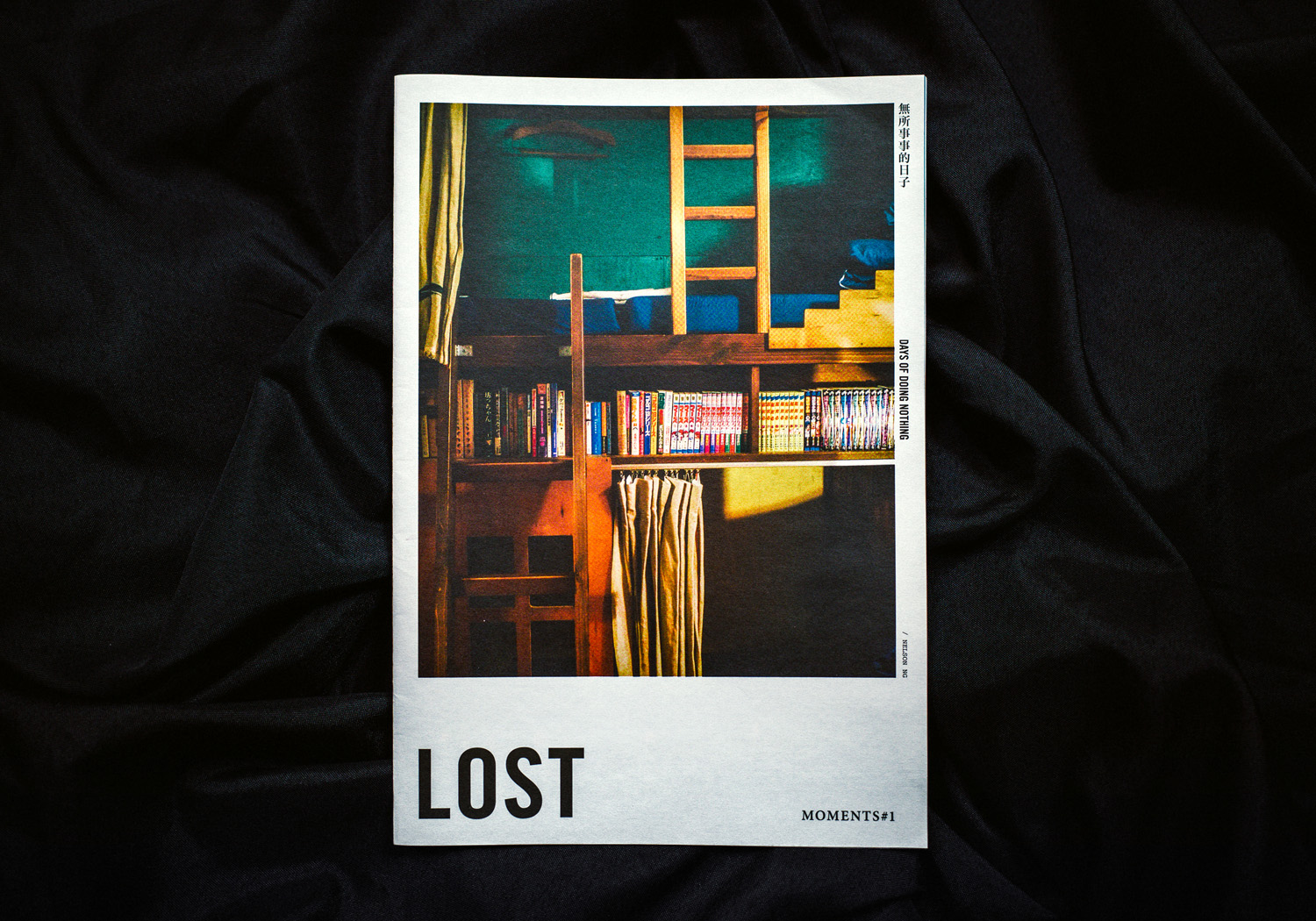